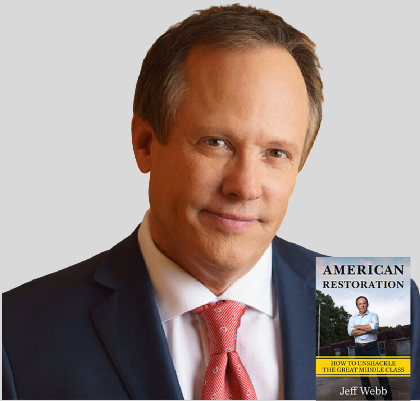 @ Founder of the Int. Cheer Union

Jeff Webb founded Universal Cheerleaders Association (UCA) in 1974 with the goal of transforming cheerleading into the dynamic, athletic, high profile activity it is today. His vision of incorporating athleticism and entertainment with the traditional crowd leadership role created a new style of cheerleading that caused the activity to explode in popularity from the 1980’s into the 21st century.

As his camp organization grew throughout the 1980’s, he added a unique and cutting-edge uniform concept, as well as created the first actual national competition for cheerleaders. These three elements — educational camps, uniforms, and competitions — were combined to form Varsity Spirit.

Webb is known as a visionary and an innovator. From the development of new stunts, to the addition of exciting high-performance uniforms, and finally, to actually creating the format for modern cheerleading competitions, his leadership has propelled Varsity Spirit from its humble beginning to the global powerhouse organization it is today.

In addition to directing Varsity Spirit’s meteoric rise as a business and educational organization, Jeff is responsible for bringing cheerleading to television through Varsity’s 32-year relationship with ESPN. Webb has also served as host and expert commentator on more than 200 cheerleading broadcasts on the network.

Jeff is also credited with founding the American Association of Cheerleading Coaches and Administrators (AACCA), the United States All Star Federation (USASF), USA Cheer, and the International Cheer Union, all governing organizations focused on supporting cheerleading’s healthy growth and development in the U.S. and around the world.

Today, Jeff serves as the Founder and President of the International Cheer Union.